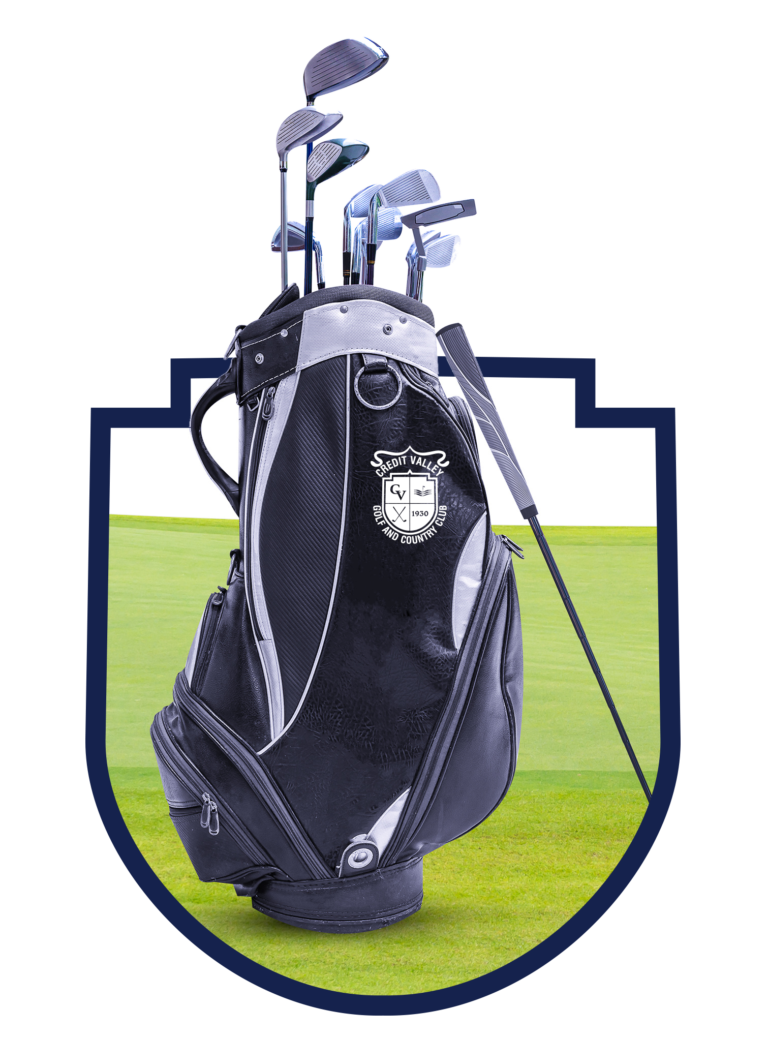 Golf Course Architect Robbie Robinson once stated that when he first viewed the “raw” property, he thought that he had never seen a more perfect natural setting for a golf course. This is a high praise indeed from a man who has built golf courses all over the world.

Credit Valley Golf and Country Club combines breathtaking scenery with a consistently challenging parkland design that combines tight fairways with large and fast, undulating greens. Incorporated with 5 sets of tees, golfers of all skill levels agree that Credit Valley is a true, fair test of golf.

The course is one with nature as the river winds throughout the valley lands. Red-tail hawks and deer are seen on the course early morning and late evening as golfers begin and end their adventures. The finest course conditions are enjoyed by members and guests as the course superintendent and his staff deliver an exceptional daily golf experience.

Our opening hole presents a great opportunity to begin your round with a good score. This picturesque par 4 has significant elevation changes which add to the challenge. The valley of the Credit River runs down the entire left side of the hole as the fairway curves to the left and eventually rises some 40 feet to a narrow, long, well bunkered green.

A solid par 4 that requires a good drive to have a realistic chance at par. From the elevated tee the hole bends to the right at the 150 yard marker and climbs 15 feet to a three tiered very fast elevated green.

Long hitters can try to cut the corner, giving them a short second shot and a chance at birdie, but be careful of the O.B down the right side of the fairway. The elevated putting surface is sloped from back to front.

It might be the shortest hole on the course but don't let its length fool you. This narrow, two-tiered green can make for a difficult putt if your tee shot is not accurate. The green slopes from left to right and from front to back bringing the back bunker in play.

The widest fairway on the course will kick tee balls to the right consistently adding length to this relatively short par 4. The walk from the landing area will emphasize the ascent to the green some 15 to 20 feet above the 150 yard marker. The mid sized green falls off at the front and back making it difficult to hold.

This is a tough one! You must make an accurate tee shot from the sky tees on this dogleg right par 4. A pair of huge willows on the right block any reasonable attempt to carry the Credit River for the first time. Even a perfect tee shot will leave at least 180 yards into a severely sloped green divided by a ridge.

This mid length par 3 features an irregular shaped green measuring at over 50 yards in length. The length of the green combined with the valley’s swirling winds can make club selection as important as a good swing here.

A slight dog leg left which will reward a good drive with a birdie opportunity. The fairway slopes to the left in the landing area which kicks the ball towards the tall stand of trees that guards the left side. The fairway opens up to the right both off the tee and in the lay up area for those recovery shots after a poor drive. The green has a long finger extending from a large mound on the left. Pins located on the front and right can use the finger to corral the ball close. A back pin is especially difficult to get to unless your hit a perfect shot.

A straight away par 4 which normally plays much longer than its yardage because of the wind. Trees line the right side and we see the Credit River for the 4th time in 4 holes. The river only comes into play for the longest of hitters off of the tee and shouldn't be a factor for a well played second shot. The large green features a crown that gently slopes away from the middle back left section of the putting surface.

The 10th hole is the longest par 4 on the course at 480 yards from the back tees. A generous landing area awaits a well struck drive that must carry the Credit River. The right side of the fairway is best as it opens up the approach to the green with a long iron or fairway metal. The green slopes from back to front and is guarded by bunkers on both sides. Make a 4 and a big smile is warranted as you walk to the 11th tee.

Arguably one of the finest par 3s in the country. The long narrow green is framed by the Credit River to the right and steep cliffs of the valley to the left and back. From the back tees the hole can play from 188 to 235 yards so club selection is just one of many challenges. On a windy day swirling winds bouncing off the cliffs will cause havoc with your ball.

The par-4 12th hole is a gentle dogleg left. However, there is nothing gentle about the tee shot. The landing area is guarded on the right by a lateral hazard and on the left by deep trees. The elevated green requires an additional club. Approach shots that hit the front third of the green can easily spin off due to the severe slope. But do not miss it long either, because a downhill putt is treacherous. For many years the only water pump on the course was on the left side of no. 12 in the rough about 250 yards from the tee. Tom Hoak said, “If you could drive to the pump, you’d hit your Sunday’s best.” From the pump, it was possible to roll up-hill in two shots. “Very few could do that. Ken Young did occasionally.”

The final par 5 on the course is your last good chance at birdie. You drive out of a chute to a sloped landing area that pushes balls to the tall trees along the entire right side. This reachable par five also turns to the right as Credit Valley shares O.B markers with Mississaugua Golf & Country Club along its left side. Take care as an errant approach shot may require a chip rather than a putt from some locations on this irregular shaped green.

A challenging par 4 which sets up very nicely from the tee. The fairway dips and widens just beyond the 150 yard marker and bunkers to the left. The green is framed by giant oaks and has 3 distinct tiers. Once again, as is the case at many holes at Credit Valley, hitting the correct section of the green is imperative to having a chance at birdie or par.

The 15th is a tough par 3 featuring 6 bunkers and many strategically placed mounds awaiting a poor tee shot. The large kidney shaped green has a ridge running diagonally through it that must be carried when the pin is back. Missing the green or even the wrong green section will test your short game skills to the limit.

A pivotal hole for those with a good round to this point. One of the more open holes at Credit Valley gives you an opportunity to choose your weapon of choice off the tee. The fairway slopes from left to right as you approach the bunker on the left. The slope nearly always kicks a slightly left tee shot back into the flat if it manages to miss the bunker. The green is difficult to read due to its relationship with the valley wall to the left. In addition the green is 50 yards long with a gentle slope and a trough making club selection and distance control a priority.

This dogleg left sees the final crossing of the Credit River. There are three hazards to note. Water off the tee, O.B. left and a lateral through the green. The fairway is wide and flat but angles to the left as you approach the 100 yard marker. Players must decide how aggressive they wish to be off the tee and chose a club accordingly. The green looks simple but it is shaped like an inverted saucer so take care with approach shots and putts.

The fairway is located 40 feet below the tee deck on this slight dogleft left finishing hole. Long hitters will have to lay back to avoid the water with mid to long irons off the tee. Although this fairway is wide your fun begins with your approach to one of the smallest greens on the golf course. Add bunkers, a pond, the valley wall and swirling winds to make your final shot of the day one to remember. Once on the putting surface you had better hope that your ball is below the hole because many a good round has been spoiled by 4 putting to finish your day. 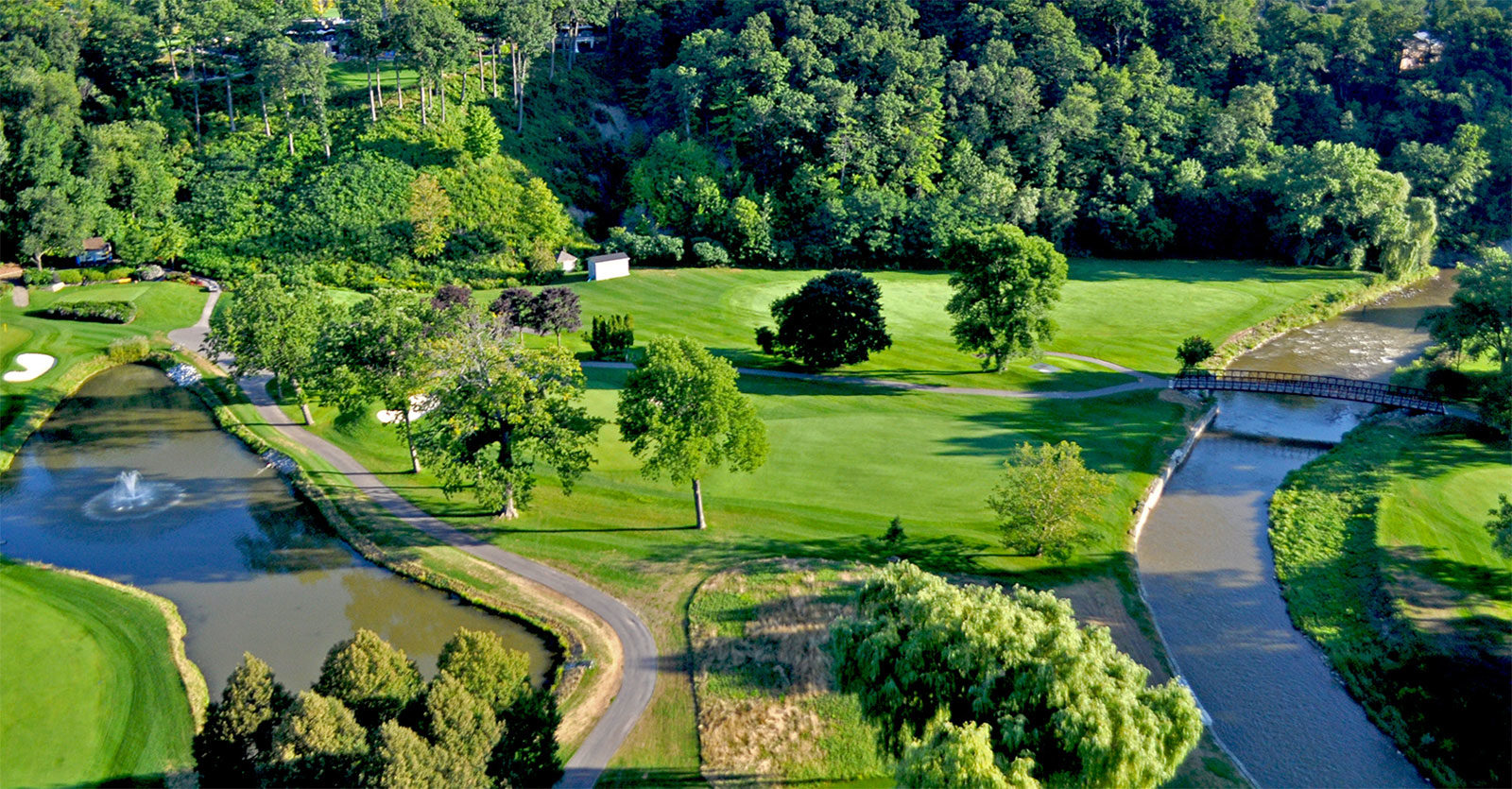 Graham Cooke is one of Canada’s premier golf course Architects and enjoys an excellent reputation in the profession across Canada and around the world. Graham and his associates have designed and overseen the construction of over 100 golf courses including extensive experience in course renovation and restoration.

In addition to being awarded numerous industry awards for his golf course designs, Graham Cooke is an accomplished amateur player with victories in several provincial, national and international amateur golf tournaments, including runner up at the 2001 Canadian Amateur played at The Credit Valley Golf and Country Club.

Over sixty years, an interesting link has occurred at Credit Valley in the hiring of its architects.

By 1930, the world-famous golf architect Stanley Thompson had been engaged by W.D. Ross, the Lieutenant-Governor of Ontario, to lay out a few holes of golf. His intention was to provide play for friends and relatives at his summer residence property which was called The Willows. This property (about where the range and parking lot are now) later became part of what is now The Credit Valley Golf Club.

Thompson, a member of the well-known Canadian golfing Thompson family, played out of neighboring Mississauga with two of his brothers – Frank and Bill. Thus, he knew the property well.

Stanley, during the time of designing the holes at what is now Credit Valley, had already hired Howard Watson, Robert Trent Jones and Robbie Robinson to work in his Toronto offices. All three went on to become outstanding architects.

In the late sixties, Credit Valley continued the tradition by hiring Robinson to design the course of today. Many of the hallmarks of a Robinson design can be discovered such as tiled greens, gentle bunkers with interesting shapes, naturally sculpted fairways with plateaus, neck openings to the greens, and preservation of nature. 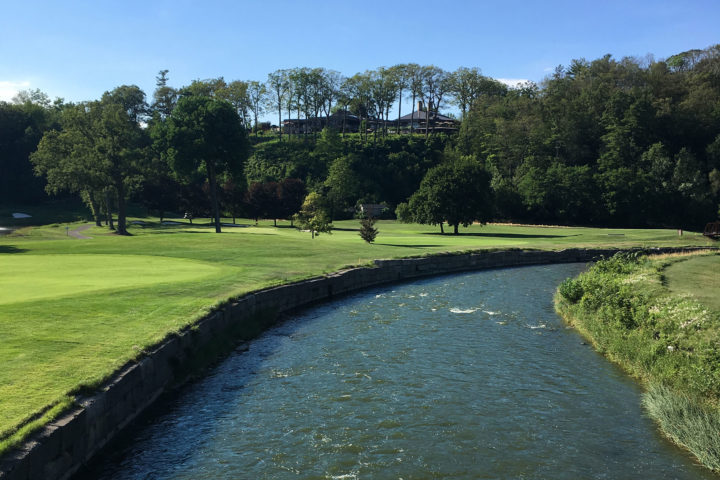 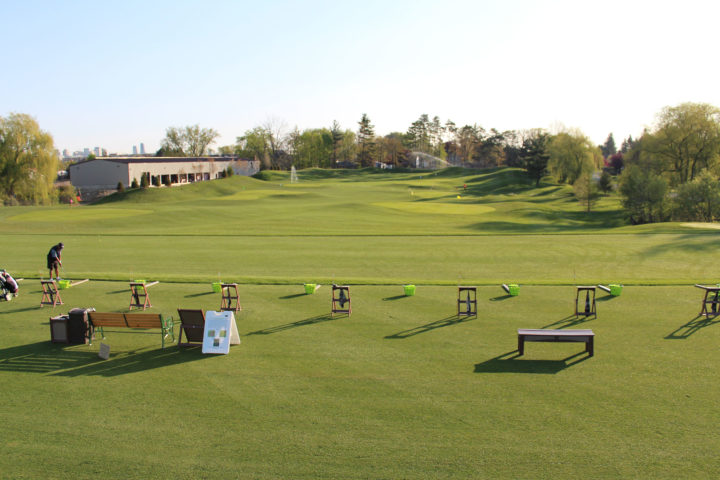 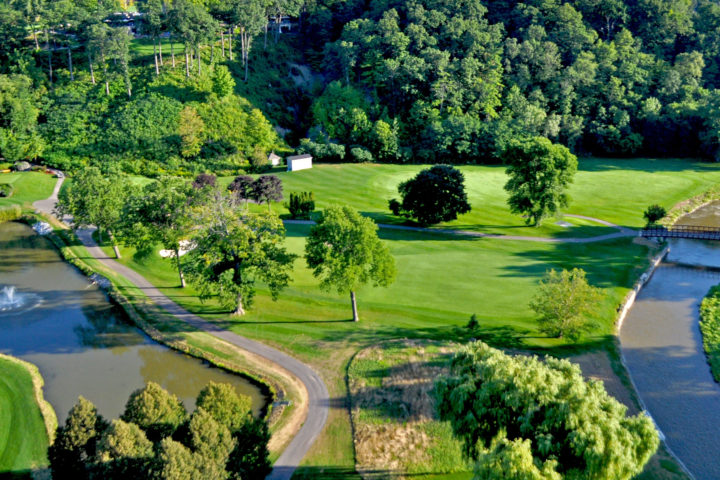 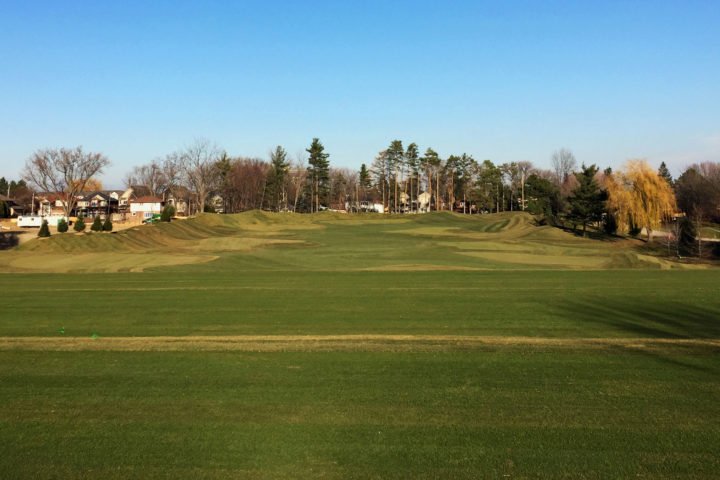 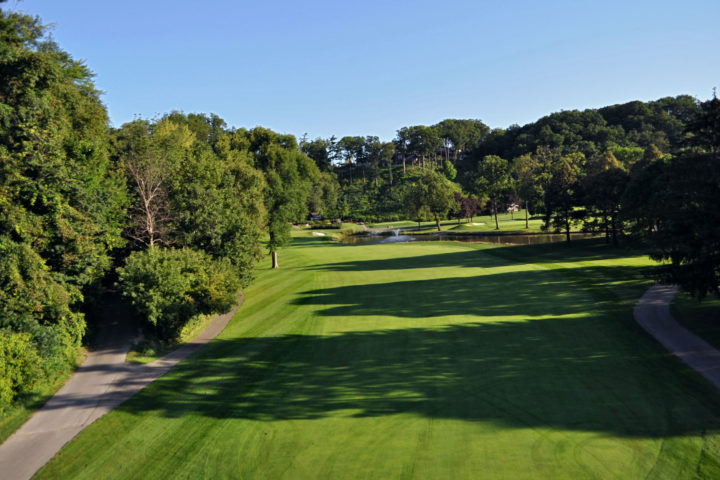 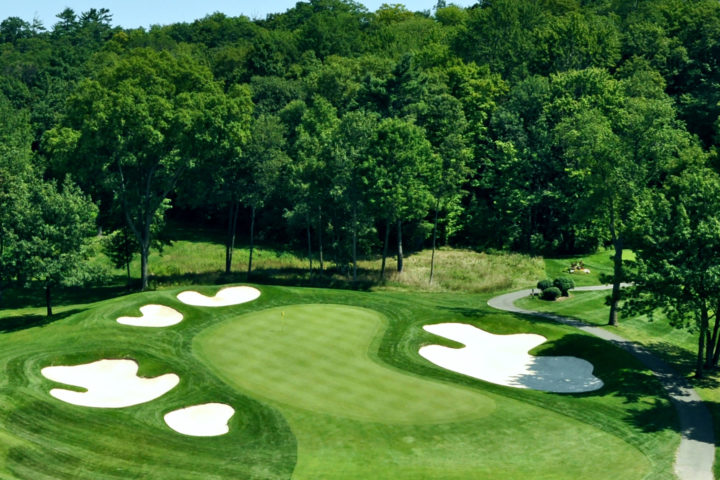 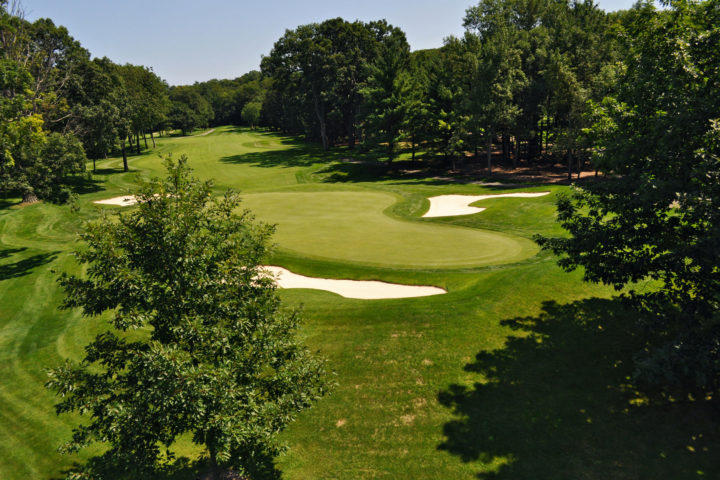 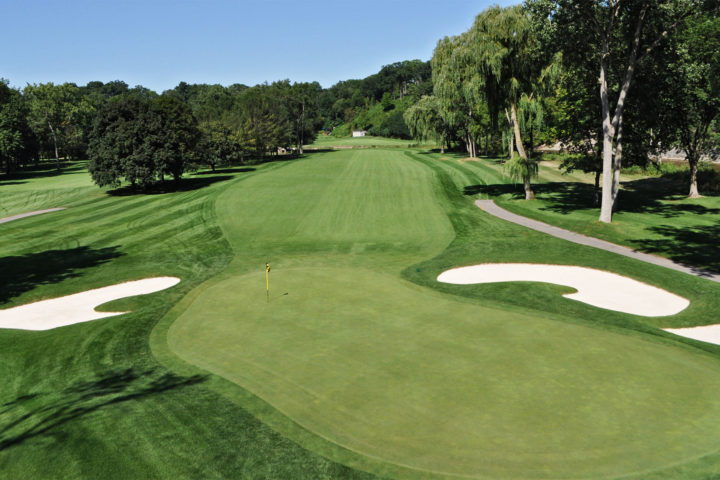 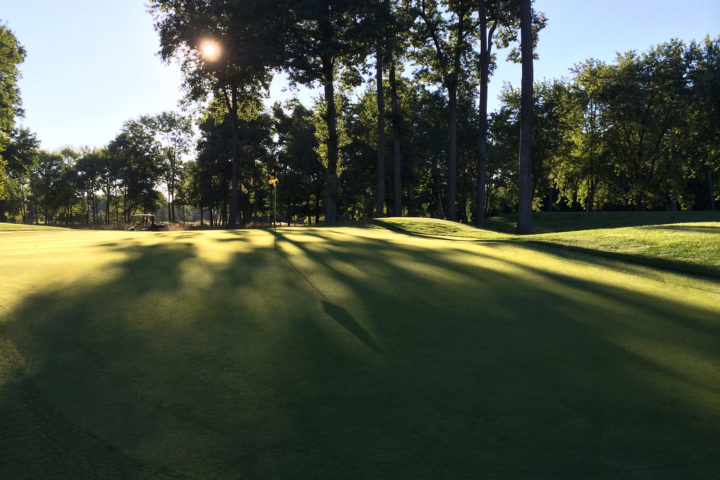 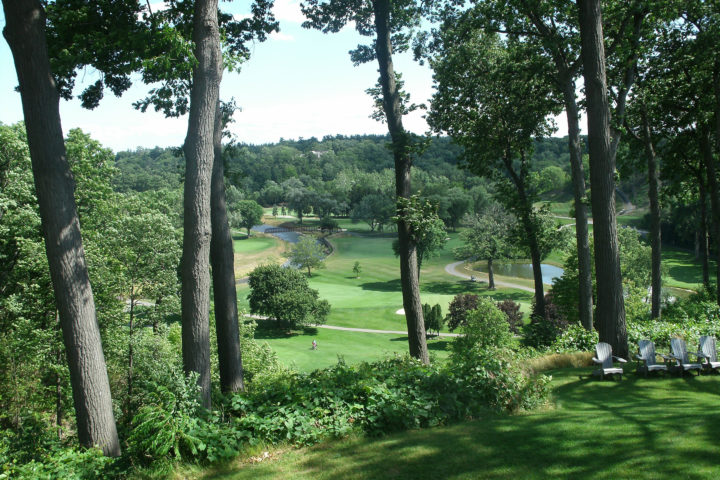 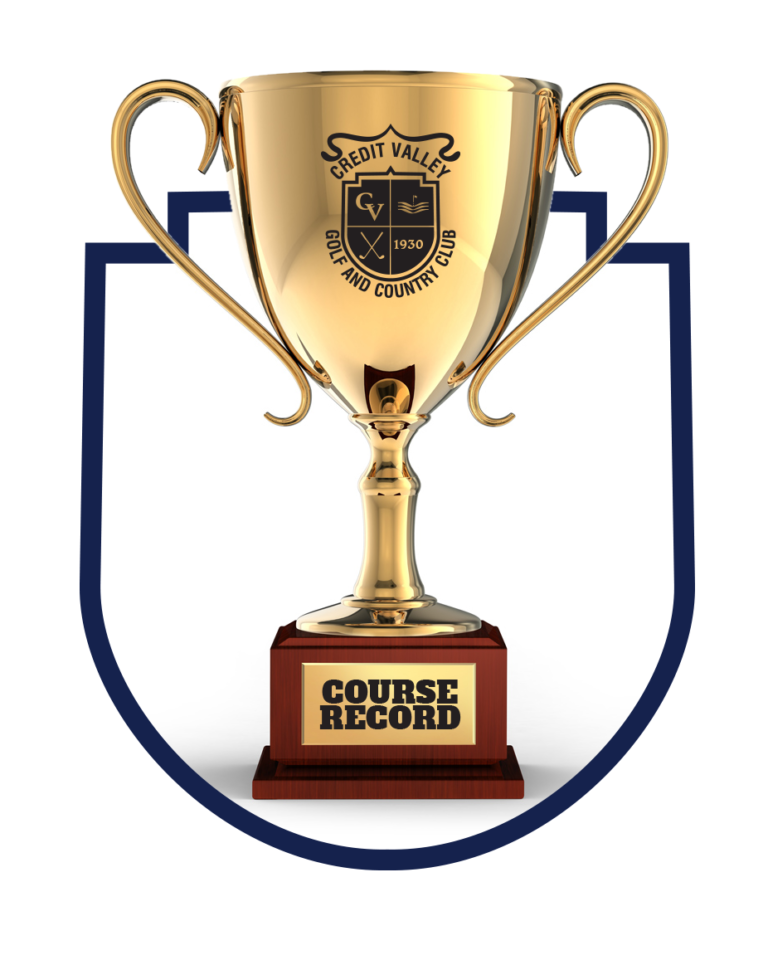 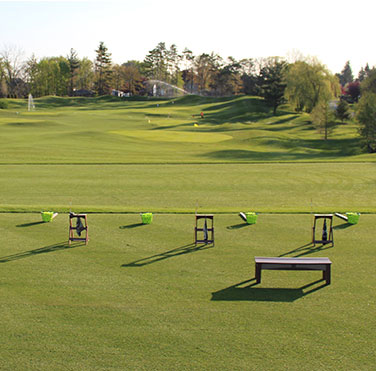 The Credit Valley Golf and Country Club takes great pride in providing our members and their guests with one of the GTA’s finest practice facilities. Completely renovated in 2016, our practice range boasts over 60,000 square feet of teeing space, two practice bunkers, two practice greens and eight target greens that are laser-measured every day for accuracy to allow you to get the most out of your practice time.

In addition the Club has a dedicated short game area which has two large practice bunkers and a large putting green which mirrors the style of the greens on the course, as well as a short fairway and multiple rough areas for practice within 30 yards of the green.

When the golf season is over, we have an excellent indoor golf facility complete with three hitting bays, a putting green, and all of the latest technology for swing analysis including FlightScope and video.

If you are serious about golf, we have the practice facilities to help improve your game. 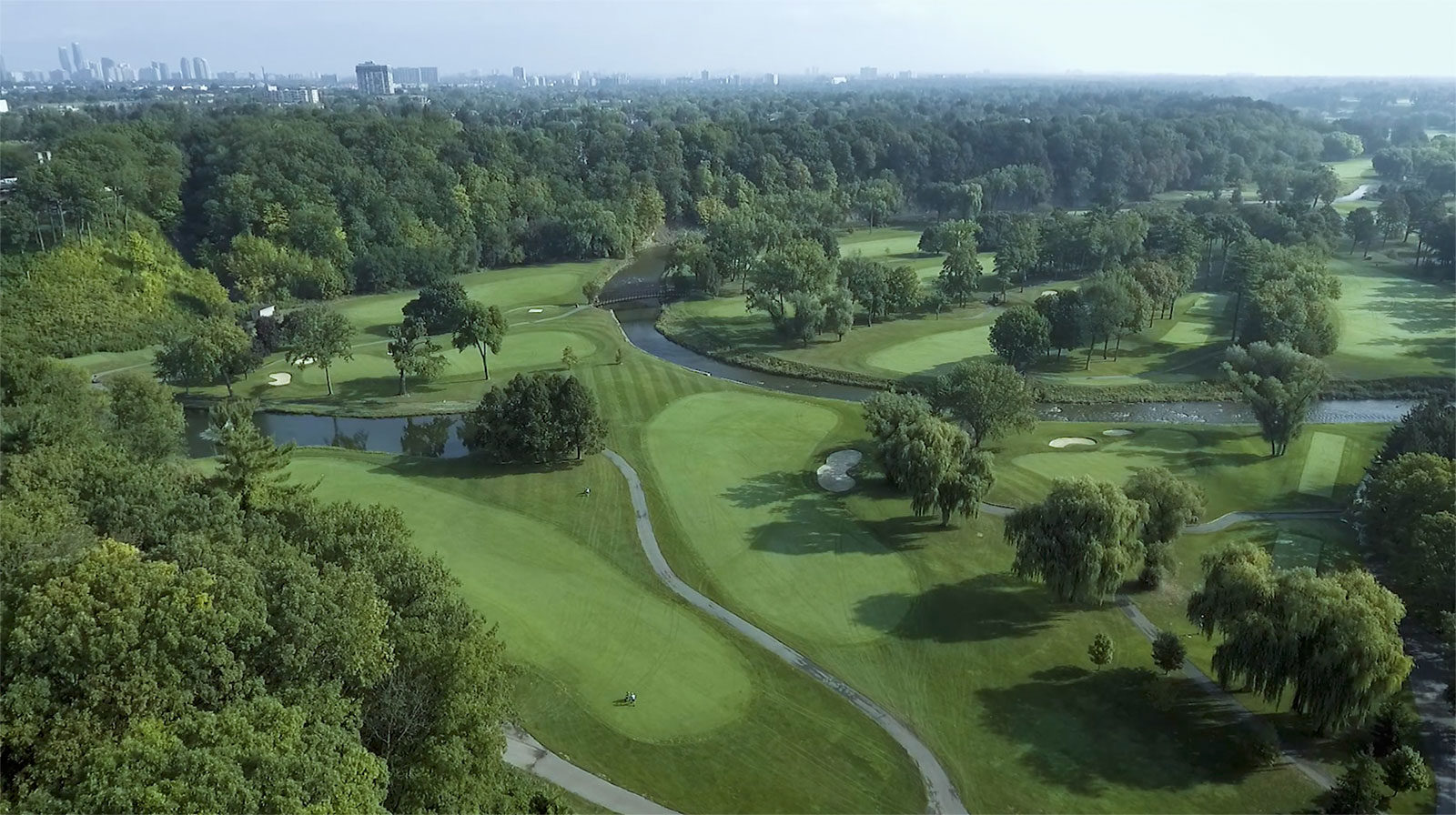